Prior to the official launch last month, players participating in the beta version of Valorant were swept up in the frenzied ferocity of trying to achieve “Radiant” rank, the highest honor a Valorant warrior can achieve.

After a certain number of Ranked matches within the beta version of the game, players were assigned a tier ranking of Iron, Bronze, Silver, Gold, Platinum, Diamond, Immortal, or, the designation of absolute arena superiority known as Radiant.

It was all blood and sunshine for the beta community until April arrived and the official version of the game dropped.

Release of the game offered a nasty surprise for the Valorant community: No more ranked play.

Utter chaos. What’s the point of killing hordes of virtual strangers if you can’t flex on your haters with a bonafide title?

Rejoice you excitable Valorant players, for Riot Games has announced that Ranked mode is currently live!

Now is the time to sharpen your down-sight killabilities. This will require the mastery of Valorant gameplay fundamentals and, following that, a disciplined adherence to the ten suggestions listed below.

So, you may have noticed that pop-up chat bot greet you as you entered this illuminating guide. I know the first instinct is to hammer that X on the top part of the chat, but if you are somebody who wants to climb the ranks then let me recommend you hold off on the impulse to exit out.

This chat bot connects to a site called Skycoach, a service which connects gamers who are serious about their training to coaches who can aid them in setting progress goals and exceeding them.

It’s a big scary warzone out there in Valorant, and while the necessity for a good mentor may be obvious, being able to actually connect with one may seem totally implausible.

How does that conversation even go?

“Hey gg dude, I’m actually looking for someone to help me improve my Valorant skillz, want to help a brother out?”

Skycoach takes out the risk of online disrespect and guarantees results. (Please be aware that GamingTopTens makes a commission off any sale made through our chat bot.)

9. Surround Yourself with Greatness

It’s been said that you are the average of the people you surround yourself with, and personally, I can attest to the gratifying feeling of “playing up.” While jumping into combat with an environment of drastically more talented killers can be grueling and ego bruising, after a couple days of brutal punishment I can notice clear improvements to my lethal capabilities.

The most fun way to accomplish this tip is to spend time playing with friends, but specifically, friends who can keep you accountable for continued improvement. There was a time where I was actively trying to improve my CoD: Modern Warfare skills and would frequently jump on with my little brother who absolutely wrecks online. His continued recommendations improved my game, plus we became closer because of our time spent in the fire.

If your circle of Valorant compatriots aren’t quite as committed to improvement as you are, it may be time to find a new team to buddy up with. This next suggestion will help you massively in connecting with others online. 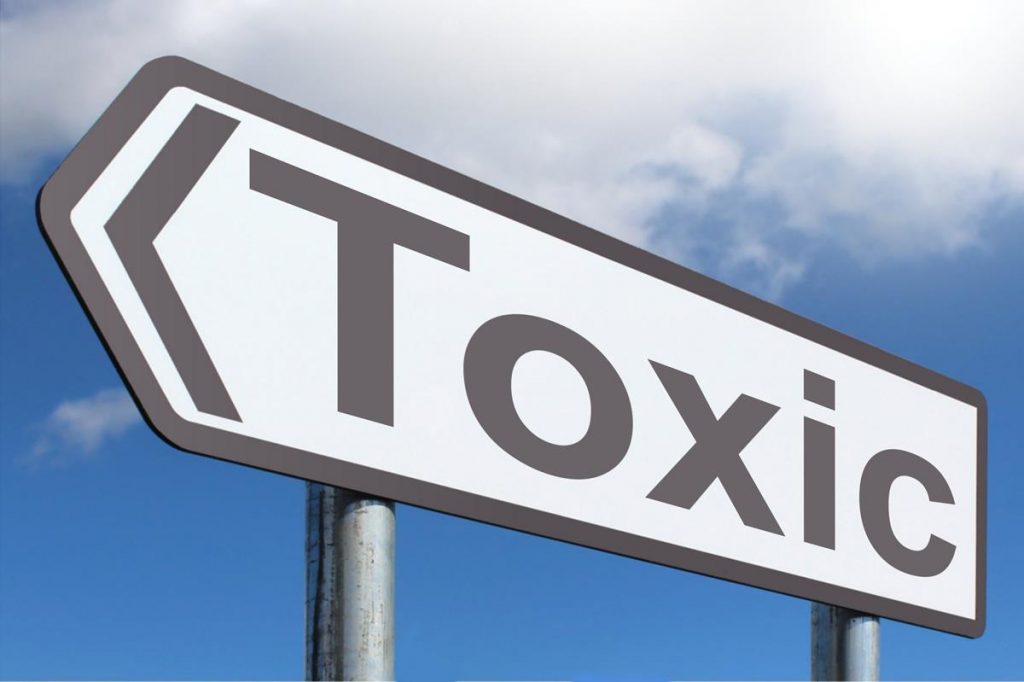 This shouldn’t need to be on this list. That said, I’ve faced way too many instances of poor sportsmanship or commentary that went stupidly past the line of good natured trash talk. I get it, people get heated. However, the quickest way to alienate the community is to be a dick. So like, don’t do that. OK? OK.

Practicing in the range is severely underrated. For sure, there is wisdom to the simple fact that time spent in the arena equals improvement in the arena. Actual battle simultaneously trains shot accuracy, agent ability awareness, map expertise, and much more. That said, because of the excitement of action during matches, personal improvement can be difficult to measure. This lack of visible progress can lead to dedicated Valorant players feeling frustrated and stagnant.

Dedicating time to practicing in the Valorant Range is undisputedly the best way to improve your reaction time and the accuracy of your shots. In the range, you can track the time it takes to dispatch a certain number of enemies, and even manipulate the speed at which enemies spawn.

The range is also a premium route for becoming intimately familiar with all of the weapons Valorant has to offer. You can also get our hot take on the best Valorant guns available here.

Once you’ve proven yourself to be a ruthless, quick draw shootist in the range, you’ll find that learning map structures in Valorant is a lot more accessible. This makes sense, because it’s hard to learn when you’re spending considerable time kicking yourself for slow reflexes or feeling terrified that behind every corner is a quick execution.

Split, Bind, Heaven, and Ascent, four different maps with unique flank strategies, bomb placement locations, hideaways, sightlines and cover options for each. Outside of clocking time boots on the ground, I’ve found various YouTube videos to be an excellent strategy for learning about the maps independently without being distracted by the threat of opposing gunfire.

Jumping into Valorant, the tendency is to choose a favorite character pretty early in the game and pledge your loyalty to them forevermore. That said, don’t fall too early into the comfortable trap of character commitment.

While we do recommend eventually partnering up with an agent to main with, this shouldn’t occur until you’ve given each agent a fair chance to woo you over. After all, you wouldn’t get married after the first date would you?

Each agent has four specialized abilities that have an optimal utilization on the battlefield. These abilities can be observed from the actions of other players, but there really is no substitute for getting first-hand experience with the agents. By committing to non-commitment, you can learn the strengths and weaknesses of each agent, and how they contribute to the team dynamic.

A master of all is a master of none. After speed dating the agents, it’s time to decide who to give your rose to.

During your playtime with agents, you may have learned about your preferred tactics within each match. If aggressively pushing toward the enemy for kills is your M.O., Valorant Duelists Raze, Jett, and Phoenix can’t be bested. Offense can also mean using attacks to pierce through walls and raining hell from above, strategies employed by Breach. Stealthy, edgelord backstabbers will likely gravitate toward Omen.

Team support in Valorant manifests itself in many different ways. For example, Sage is preferred for healing other characters, while Sova and Cypher can use their abilities to alert teammates on the locations of where enemies are attacking from. Viper and many others are adept blocking sightlines and dictating where enemies can attack from.

Once you’ve chosen a character, observe how other players utilize that character. With a bit of imagination, there is a bountiful universe of pain to be delivered within those four agent abilities.

3. Communication is the Key

All advice up to this point has been advocating personal mastery, but over and above all Valorant is a team sport. Each agent contributes something to the cause, be that tsunami-like offensive pushes, acquisition of vital intel, or gridiron defensive fortification.

Without proper coordination of these efforts, outcomes begin to resemble an elementary-school orchestra with no conductor, just a bunch of loud noises clashing with each other. Duelists get blocked by their own defenders or ranged attackers fail to hit any opponents because there are no targets highlighted.

Good communication between teammates is the best way to guarantee victory in Valorant, plus it makes each win feel like a hard-won collaborative effort. Make sure you have the proper hardware to facilitate that communication, hardware that comes recommended by the top Valorant streamers.

2. Split the Gang Up

One effective Valorant strategy is to split your team up to attack and defend two points on the map at once.

On the offensive, feint a push on one bomb placement location that is convincingly aggressive, while directing a shadow force to stealthily infiltrate the other location. This strategy can also pinpoint weakly-defended breachpoints in enemy lines, which can be capitalitalized on for a crushing takeover.

Defensively, splitting teams up is essential to having eyes on both bomb sites and predicting the opposing team intent. Once bomb pushes are identified, teammates can be appropriately coordinated leading to a successful block, or complete decimation of the other team laid bare by a trap.

The final lessons to be learned on the road to Valorant mastery is recognizing how to lead the teams you are a part of and how to adapt to unexpected threats. Laying out plans begins in the marketplace before round one, where teams decide how to allocate creds so that big buys can be done in unison. From there, your battle plans will likely go tragically awry, which necessitates reflexive refocus and a renewed effort to turn the tide.

Confidently coordinating your fellow agents while reacting to common enemy patterns comes with experience, so keep at it and trust the process.

Now that ranked play is finally here, monk-like discipline is needed toward the above tips that will undoubtedly lead to ascension into “Radiant” or at least, anything better than Iron ranking.

George Wood
Howdy, George here. As a lifetime gamer who grew up reading the Nintendo Power, Official Xbox Magazine and Game Informer, I’ve always dreamed of writing about my favorite passion. I enjoy writing about the all-encompassing worlds that some games can pull you into, changing your perspective on the human experience and providing engrossing, artful entertainment value.

My first love was Final Fantasy IX, as a youngin I would watch my cousin play for hours. Since then, my experience has expanded across battlefields in COD and Halo, the fantastic realms of Skyrim and Warcraft, and many other brilliantly diverting worlds. Hope you enjoy reading the blog half as much as I’ve enjoyed typing up content for it...because I’ve had a ball.