By the time you read this, season 11 of Apex Legends, Escape will be live in-game. And you know what that means; Ash from Titanfall 2 is here, and it’s time to grind out another Battle Pass.

We’re nearly two years into Apex Legends, and gone are the good old days where lots of players didn’t have a firm grip on the game yet, and you could basically use whatever weapons you wanted. There are a lot of Kendrick Perkins tier sweatys in the game now, so the last thing you want to do is roll around with a P2020 and Mozambique.

If you’re looking to come out on top in a match, maybe keep a few of these handy. Here are our picks for the top 10 best endgame weapons in Apex Legends

Easy to master and built to last, the R-301 is an excellent weapon for Apex Legends neophytes and veterans alike.

Possessing unmatched accuracy and an impressive rate of fire, the R-301 is a laser with DPS respectable enough to supersede the overall low raw damage. The biggest weakness of the R-301, the low magazine capacity, is easily solved with an extended mag and has almost no downsides afterward.

Whether employing hip fire or aiming down the sights, the accuracy and manageable recoil make this assault rifle highly effective at close range, medium range, or long distance. World’s Edge is my map of choice, and the R-301 is always my go-to.

If you love being an aggressive player or want a potent weapon on-hand for when someone gets too close for combat, you won’t do much better than the EVA-8.

Similar to the R-301, the EVA-8 is a very newbie-friendly weapon. Sporting automatic fire and a large magazine, the EVA-8’s adequate hip fire capabilities and high rate of fire make this a deadly shotgun in anyone’s hands and an excellent weapon for making a push.

In the immortal words of that guy that says oldie but a goodie in that song from Jet Set Radio Future, the L-Star is an old reliable of Apex Legends.

Despite being around since season 2, the L-Star is still capable of melting foes with little difficulty. Even with its recent nerf, the DPS of the L-Star is not to be underestimated.

That being said, the L-Star is a high risk and high reward LMG. The considerable recoil, the necessity of leading your shots at longer distances, and the overheating mechanic means you’ll have to truly master this gun before you can most effectively use it.

If you like picking your targets off from a distance, then the Charge Rifle might be the weapon for you.

The Charge Rifle has a unique hitscan beam that deals DOT damage over a short period of time before setting off with a big bang at the end of the shot for massive damage. The guaranteed damage from its hitscan abilities makes this a reliable sniper, even while hip firing. And the mag size is nice too.

You’ll need to master target leading and accurately judge bullet drop if you want to use the Charge Rifle most effectively, but it’s worth it.

Possessing a high firing rate, high damage, and high DPS, the G7 Scout is arguably the strongest Marksman Rifle in the game.

As of Season 11, the G7 Scout is a care package weapon. Going for care packages remains high risk high reward, but you’ll be glad to have this weapon in your arsenal during the endgame.

Respawn Entertainment not only upped its damage from 24 to 36, but also gave it Double Tap as well. While not a go-to for immediate close combat, the G7 Scout is a fantastic weapon for mid-long-range combat. Since Season 7, but even more so now, the G7 Scout is my weapon of choice when dropping down from Olympus.

No longer a care package weapon, players will be able to more easily be on the prowl with this SMG during matches (That was terrible, I know).

Offering full-auto and burst fire modes, the Prowler is capable of unleashing staggering amounts of damage as it carries you to the endgame. The hipfire spread and recoil are tolerable, and the minor ADS allows for decent targeted fire. A single burst from this thing is faster than the R-99, the fastest overall weapon in the game.

The alternation to its burst mode capabilities, making bursts be of 5 bullets, is hit or miss in the community, but nevertheless, few weapons are more deadly at close range than the Prowler.

The Flatline used to be considered the second-worst weapon in Apex Legends, just behind the Mozambique shotgun. Luckily for all of us, the Flatline has gone through quite the makeover since its initial release. It is now a jack-of-all-trades assault rifle that you can rely on into the endgame.

The recoil takes some getting used to, and the weapon gets outclassed from a purely long-distance perspective, but the Flatline is quite the puncher at medium and close range with hipfire or ADS.

For those of you like myself, who still know fashionscape is life (Thumbs up to those who get the reference), the season 10 Battle Pass gave the Flatline one of the best skins in the entire game. In my opinion, at least.

Elevated to being a care package weapon last season, the Spitfire edges out the Rampage as the best Light Machine Gun in the game. The Spitfire has an excellent carrying capacity and tremendous stopping power, especially with its 2X headshot damage multiplier.

The superior ammo capacity of the Spitfire makes new players prone to spraying and praying with the Spitfire. Fire too much and too carelessly, and you’ll find yourself out of heavy rounds fast. Easing off the trigger and focusing on your shots is how you effectively use this gun.

You lose your headshot multiplier at 64 meters and beyond, and ADS walking speed is a lot slower than most would like, but a Spitfire master is a deadly player to deal with in the endgame. If you’re dropping into someplace heavy, like Artillery, the Spitfire will definitely help keep you alive during a fierce early game.

The Alternator started at the bottom of the SMG tier list upon release. After some modifications, it has risen to care package weapon status and is a true endgame terror. It may not have the DPS of other SMGs like the Volt or R-99, but it more than makes up for it in other areas.

For starters, let us talk about the built-in Disruptor Rounds integration. Dealing 40% extra damage to shields, the Alternator is great for shield shredding before going in for the kill with your big DPS weapon.

Hipfire spread is tight, recoil is very manageable, and while you likely won’t be aiming down sights much with this, the ADS speed penalty of the Alternator is minor. There’s very little to complain about with this gun, and it more than deserves the title of best SMG in the game.

Is anyone really surprised that this made the top of the list? Even players who always prefer aggressive pushing over sniping have to think twice before overlooking the Kraber.

Where to begin? How about the fact that if a player has a Kraber and shoots you in the head, congratulations; you’re dead. No exceptions. The Exodia of sniper rifles, the Kraber is powerful enough to give Counter-Strike veterans Vietnam flashbacks of the AWP

That is not to say that the Kraber is without fault because it has plenty. It has four rounds per mag, with a grand total of 8 reserve rounds. Once those are gone, the Kraber is dead weight. Everything about the snipe rifle is slow; From aiming and firing to reloading and swapping weapons. If someone gets the drop on you while you have the Kraber out, you’re probably dead.

However, this is still a one-shot, one-kill weapon, and if you master it, the pros vastly outweigh the cons. The Kraber is one of the deadliest guns to fire .50 caliber rounds in gaming history, and there is a reason even some Apex Legends pros call for banning it from competitive play.

Apex Legends is getting better than ever, and with a new season out the gates, it’s high time I get back into the fray myself. For new players still learning the ropes, it might seem like the game is too competitive. But just remember that you’re not Allen Iverson, and practice makes perfect.

Now that you know which weapons to keep an eye out for and master, just put in the work in the Firing Range, and you’ll get the hang of it soon enough. Don’t give up, and most importantly, have fun! 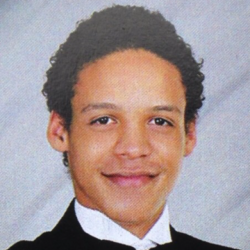